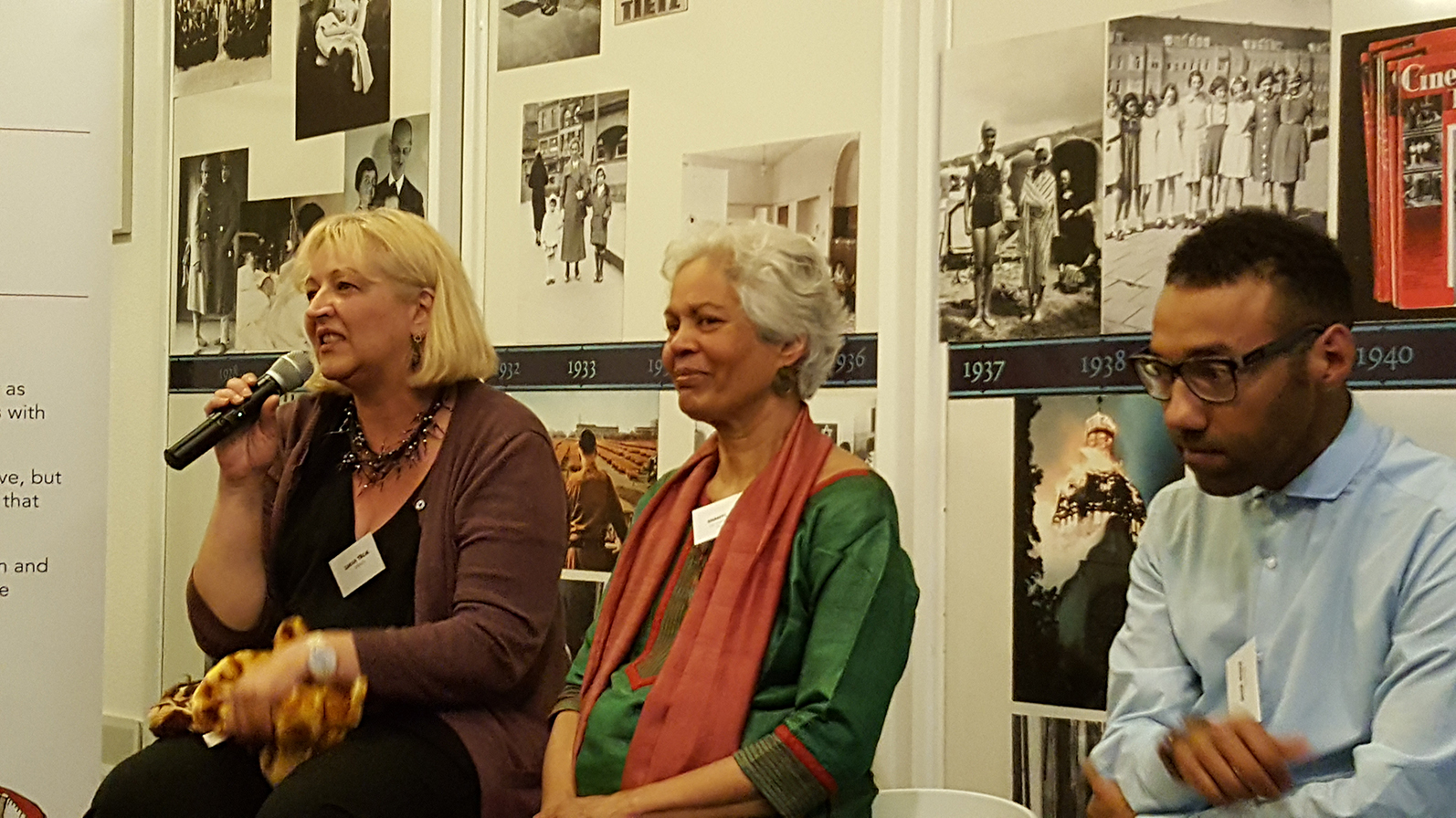 Reflections on Parenting in War Time

On Thursday 26th June 2016, Zorica Trikic ISSA’s Senior Program Manager, shared her personal experiences of what is like to be a War Parent and to work with other parents who were raising their children in violent conflicts. During the European Foundation Centre’s Annual Conference in Amsterdam, a side event was organized by the Universal Education Foundation and War Child in Anne Frank House, Amsterdam. Zorica shared a platform with the Dutch-Somali bag designer Omar Munie. From different generations, different continents and different wars, Omar and Zorica shared their experiences of living through and surviving conflict. Zorica summed up her feelings at by saying “I wanted to shrink my children and put them in my pocket, then I knew they would be safe”. Fleeing his home in Somalia as a young child, Omar travelled with his mother and siblings to Tanzania before leaving his mother behind and being sent to the Netherlands as a refugee child. Waiting 4 years for her to join him, Omar started by making bags on the kitchen table. He is now he one of the Netherlands' brightest young stars, selling handbags across the globe from Amsterdam to New York City. His dreams came true thanks to his loving, trusting and brave mother. Meanwhile, Zorica and her family were caught up in other wars. A citizen of Belgrade Serbia, she never gave up her work with parents and children - regardless of their nationality and religion - during 1990s. She, along with her husband, parented their two young children while the country collapsed into violent conflicts around them. A child psychologist and early childhood development professional, Zorica, voiced her reality and terror of parenting in a war zone, as well as the realities of other parents from all parts of former Yugoslavia. “As parents in conflict we are reduced to our basic needs to protect and provide, and we forget to listen and see our children. We do not perceive them as equal partners but as precious ‘things’ that we have to preserve”. She continued “We lose contact with those we love the most. If we want to protect our children even in the most challenging times, we need to empower them by supporting their participation and their opinions.” Building on her personal experience, the experience of her colleagues form different parts of former Yugoslavia, and all the parents and children they were working with, Zorica continues to create conditions for nurturing competent adults to surround and support children who are, often literally, caught in the cross fire. “To bring up children who care for the others, and the world they are living in, we need adults who are going to help them learn empathy and take responsibility”.