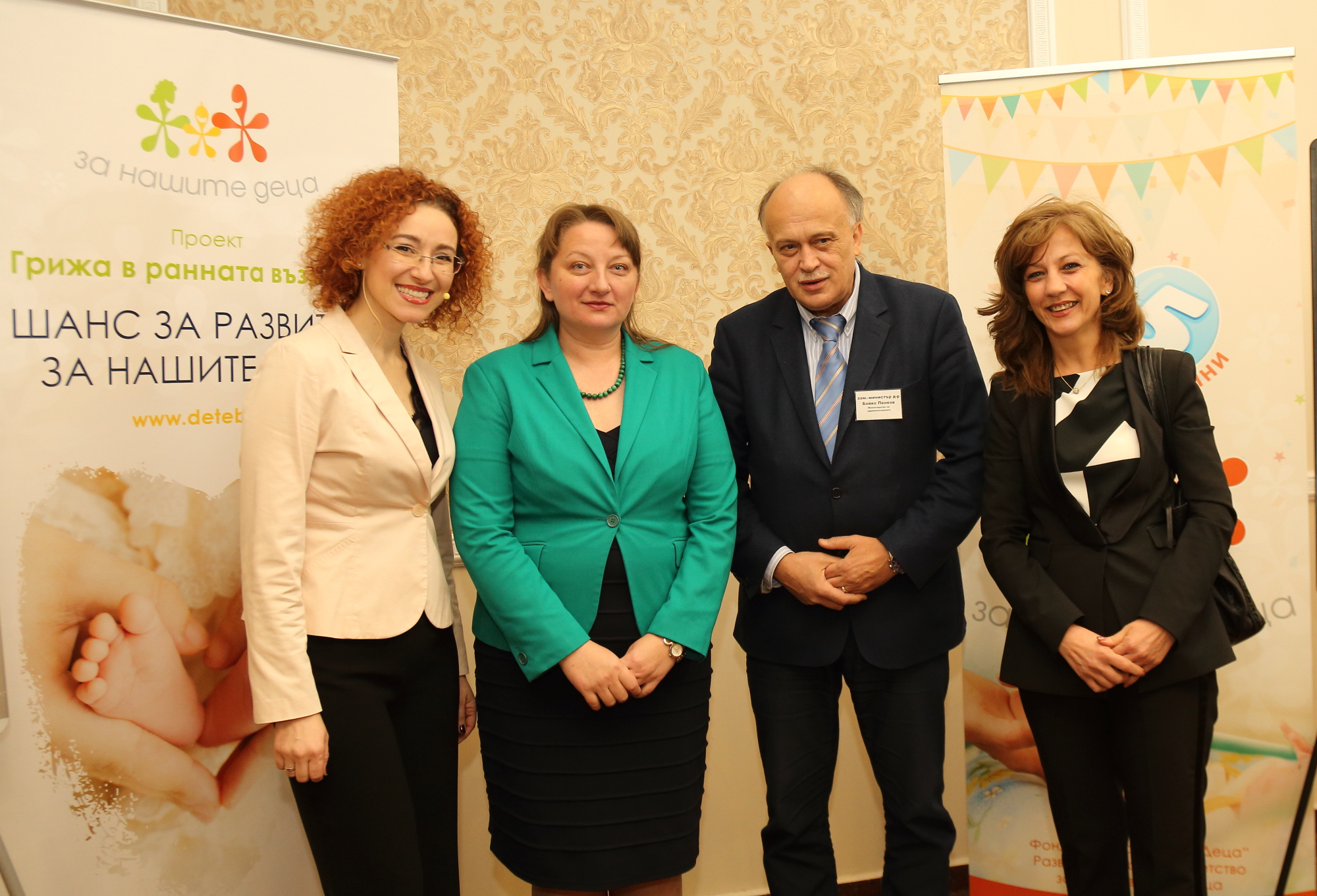 The research study, “Early Childhood Development in Bulgaria", was carried out in 2017 by a research team from For Our Children Foundation, the Association “Child and Space” and the Institute for Population and Human Studies at the Bulgarian Academy of Sciences.

A conference organized by For Our Children Foundation was held in March to present the study and discuss key recommendations made by the research team. These recommendations aim to improve the performance of the systems around the child. This conference, “Vision for Early Childhood in Bulgaria,” was attended by more than 150 representatives of national and local authorities, the academic community, international experts, professional organizations and non-governmental organizations. Participants united with the belief that adopting a national strategy for early childhood development would give impetus to much needed reform in the ECD area. The goals and vision of this strategy could be defined by the end of the year.

The conference was held under the patronage of Ombudsman of the Republic of Bulgaria Maya Manolova, who expressed her belief that early childhood development is the most important investment in the nation’s future. This investment will shape the future of Bulgaria.

The role of early childhood education and care policies in the European Union was presented in the keynote speech by Nora Milotay, who is a political analyst at the European Parliamentary Research Service (EPRS), working on European social policy issues. Milotay emphasized the importance of ECD for stable, cohesive and more equal societies. Participants also heard from Professor Veronika Ispanovic on the experience of Serbia in developing integrated early childhood development systems and services. Prof. Ispanovic is a member of the National Council on the Rights of the Child and the working groups that developed the National Program for Promoting Early Childhood Development and the National Strategy on Violence against Children in Serbia.

“For all of us, it is clear that investing in early childhood development is the present and future of Bulgaria, Europe and the entire international community. With our presence here and the support from our partners - the municipalities, the national and international NGOs, we reaffirm our readiness to put together a national strategy for early childhood development”, Deputy Minister Dimitrova said.

“Investments in early childhood development have a significant impact on the future of children, the present of their parents and the social and economic wellbeing of the whole society”, said Deputy Minister Sacheva.

Read the Executive Summary of the research report in English here.