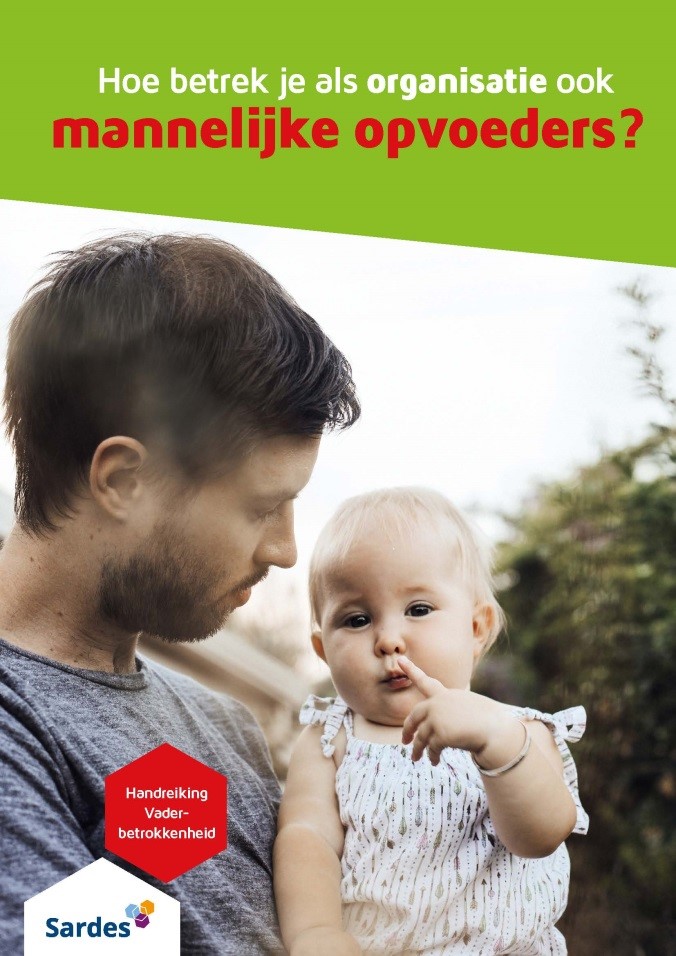 In interaction with external parties about the caring and upbringing of young children, Dutch fathers often feel neglected. And it turns out that, in fact, they are.

In the Netherlands, Sardes found that (public) services, such as child health clinics, pediatricians and child care organizations not always include fathers during consults and conversations, and regard the mother as the first responsible for their young child’s education and care. One father worded it like this: “At such occasions, I feel I am my wife’s handbag.”

Sardes recently released a manual called "How organisations can involve male educators" to raise awareness amongst professionals. They did this in the context of a large-scale project on strengthening the role of all educators, especially those who can play an important role for the child: mothers, fathers, grandmothers, friends etc. The project was subsidized by the Directorate for Emancipation of the Ministry of Education. The manual (in Dutch) can be downloaded from the Sardes website.

“Mothers are seen as the primary contact, but for the benefit of the children it would be better to involve fathers as well,” says Karin Hoogeveen from Sardes. So even when fathers are willing to do their share, they are mostly overlooked. Most of the times this happens unconsciously.