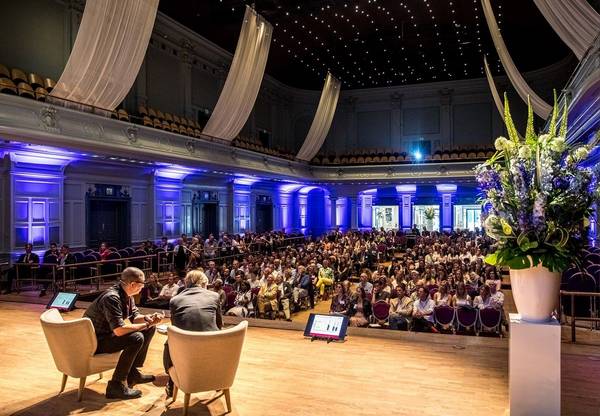 Paul Leseman is a professor of education - in particular learning disabilities and school problems of low income and minority children - at Utrecht University since 2003. He was scientific director of the Langeveld Institute in Utrecht, chair of the Department of Child, Family and Education Studies, and chair of the national PhD research school for developmental psychology and education ISED.

Sarah Klaus is director of the Early Childhood Program (ECP) at the Open Society Foundations. ECP advances the rights of children and families that are left behind by empowering parents, professionals and civil society organizations and by building socially-inclusive, transparent systems. Since 2006, she has expanded the program’s original focus in Central Eastern Europe and Eurasia to include Africa, Asia, Latin American and the Middle East. Sarah has a Bachelor's degree in Russian Studies from Brown University, a Master’s degree in Developmental Psychology from Columbia University Teachers College and a Doctorate in Education from UCL’s Institute of Education.  Her areas of expertise include reaching children and families at risk, especially Roma, and evolution of the early childhood field.

Michael Feigelson is Executive Director of the Bernard van Leer Foundation. He joined the Foundation as a Programme Officer in 2007. He then held the positions of Programme Manager, Programme Director and Interim Executive Director. Over this period, Michael led the development of the Foundation’s advocacy and programming strategy across eight countries and internationally; has been featured in media such as the Financial Times, CNN, BBC and The Stanford Social Innovation Review; and has served as a strategic advisor to partners such as UNICEF, the World Health Organization and The Open Society Foundations, among others.

Their full bio’s can be found HERE. We look forward to hearing from them at ISSA Conference 2019 on June 18 & 19 in Leiden!

JOIN US AT ISSA CONFERENCE 2019
The ISSA Conference is the most prominent gathering of Early Childhood Development experts and innovators in Europe and Central Asia. Don’t miss this opportunity to connect with more than 400 peers! Keep track of developments via http://conference.issa.nl/